Mr. Cutter joins OAMPS from ANZ where he is currently the chief risk officer. His prior roles include president and CEO of GE Money Australia and NZ, COO of credit cards at Halifax/Bank One and senior roles in marketing and risk at ANZ and NAB.

OAMPS Australia, part of Wesfarmers Insurance, has announced Mike Cutter is the broking giant’s new chief executive.
In September OAMPS stated it had concluded its eight-week search for a new CEO by announcing a mystery “external candidate” has been given the nod.
“Insurance broking is an important part of Wesfarmers Insurance’s growth strategy and we are pleased to attract a leader of Mike’s calibre to OAMPS,” said Robert Scott, managing director, Wesfarmers Insurance.
“Mike’s track record as a CEO and his deep experience in sales and distribution will complement OAMPS’ management team and help lead the next phase of growth for the business.” 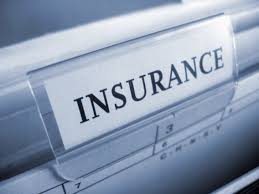 During his time as CEO of GE Money, Cutter led a team of 5,500 and had responsibility for a distribution and sales presence that involved over 250 branches distributing financial services and insurance products. He was also responsible for managing relationships with ASIC and APRA during the remediation of GE’s Hallmark Insurance business in Australia.
Cutter will commence employment at OAMPS in early 2013.
Posted by Happi Mess at 01:47