“As leaders of our respective communities, we need to work together to develop a national long-term approach to managing natural disasters by investing in a co-ordinated resilience response that focuses on prevention,” he added.

The insurance industry must do more than just pay claims in times of natural disasters, they must be leaders too.
These are the words of CGU CEO Peter Harmer who told a breakfast briefing of key government officials, business, community and emergency services stakeholders there was a collective responsibility to prepare the nation for natural disasters.
Turning to insurers, Harmer said their own role was more than just paying claims. “I believe we have a leadership role to play in addressing the funding paralysis that undercuts government effectiveness in delivering necessary prevention,” he said.
He also called for stakeholders to build a collective responsibility to natural disasters to build the nation’s capacity to respond to natural disasters and ensure that future generations are protected.
“The financial and emotional burden of natural disasters is immense and the human toll is even more confronting,” he said. “In just the last four years alone, natural disasters in Australia have claimed more than 200 lives and directly affected hundreds of thousands of people.” 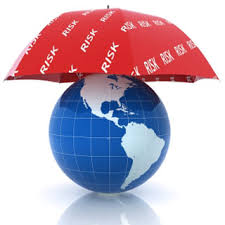