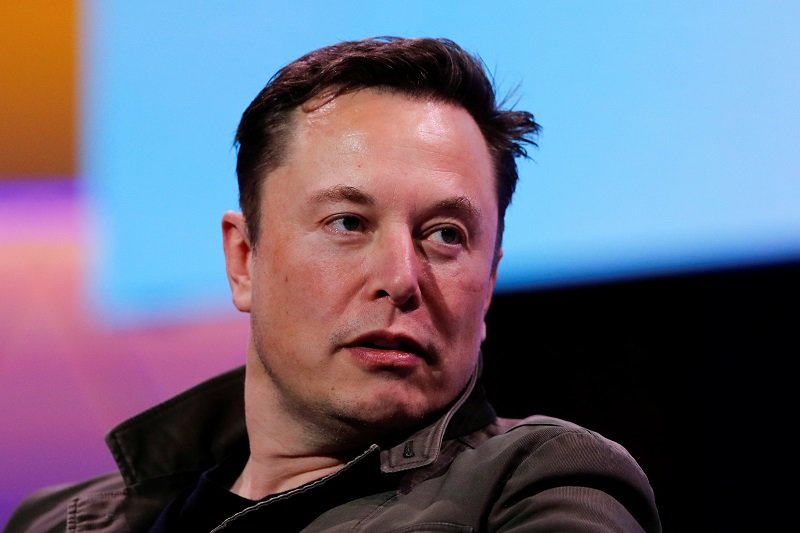 FILE PHOTO - SpaceX owner and Tesla CEO Elon Musk speaks at the E3 gaming convention in Los Angeles, California, U.S., June 13, 2019. REUTERS/Mike Blake
LOS ANGELES (Reuters) - A federal court jury in Los Angeles on Friday found in favor of Tesla Inc <TSLA.O> boss Elon Musk in the defamation lawsuit brought against him by a British cave explorer who Musk had branded a "pedo guy" on Twitter.
The verdict was delivered on the fourth day of the trial a short time after the case was handed to the jury of five women and three men. The plaintiff, Vernon Unsworth, was seeking $190 million damages against Musk, who during the trial estimated his net worth at $20 billion.
Musk, who testified during the first two days of the trial in his own defense and returned to court on Friday to hear closing arguments from the two sides, exited the courtroom after the verdict and said: "My faith in humanity is restored."
The case is believed to be the first major defamation lawsuit by a private individual to go to trial over tweets.
Unsworth's attorney L. Lin Wood summed up his case against Musk by calling the high-tech entrepreneur a "billionaire bully" who had "dropped a nuclear bomb" on Unsworth in a series of tweets suggesting he was a pedophile.
Wood said Musk's "pedo guy" remark was a slur that would overshadow Unsworth's relationships and job prospects for years to come and urged jurors to teach the Tesla chief executive and SpaceX founder a lesson.
But the jury, in its unanimous decision, was apparently swayed by the arguments put forth by Musk's attorney, Alex Spiro, who said the Twitter message in question arose from an argument between two men and amounted to an off-hand insult that no one could be expected to take seriously.
"In arguments you insult people," he said. "There is no bomb. No bomb went off."
(Additional reporting by Steve Gorman and Dan Whitcomb in Los Angeles, and Jonathan Stempel in New York; Editing by Jonathan Oatis and Grant McCool)

Team "Corporate" is a specialised division of Central Insurance Brokers, Perth W.A. Within an established (1980) broking firm, our reputation stands for your deployment, it's reliable and dependable.

We welcome "due diligence" enquires, please ask what you deserve to know
Who will be accountable ?
What skills sets offered ?
How much Passion and Enthusiasm ?
You'll like the answers, an owner/operator culture