“Business leaders and managers are often looking for the next big thing when it comes to managing their staff, whether that is a program, an app or a product, when in fact the simplest ways to improve productivity may be right under their noses,” he said.

There are simple changes that can be implemented in practices right now to unlock a business’ productivity, according to Kameleons Developing Leaders founder and principal Michael Peiniger.
Peiniger lists five ways that brokers can become more productive using what they already have:

Stephen Covey, author of The Seven Habits of Highly Effective People, introduced the concept of urgency versus importance to managing the work day more than 20 years ago. Many brokers will lurch from one seemingly urgent task to the next, not focussing on what is important.

“It is staggering how much time is wasted in a day by a lack of prioritising tasks. Focus on the important tasks first and give them the time that is needed,” Peiniger said.

Repeatedly, people at the same level of a business have to write similar reports, work in the same spaces and are managed by the same individuals, yet will work individually to get tasks done.

Peiniger recently observed the workflow of a group of supervisors as they managed their teams. Each of them had a major end of month report to write, but were constantly interrupted by their direct reports with mundane tasks. A report that should have taken 20 minutes took 4 hours to complete.

Alternating the time they wrote the report and directing their own reports to another supervisor for a short period of time would have saved hours, said Peiniger.

3.            Develop and follow meeting protocols for all internal meetings

Peiniger suggested the following six protocols for meeting effectiveness:
·          Clearly identify and state the objective of the meeting

·          Only invite those people that can help in achieving the objective – observers and ‘for information’ attendees waste time
·          Set a realistic time for the meeting and stick to it
·         Start and end the meeting on time – don’t wait for stragglers and don’t repeat what has   been covered
·         Control discussion so that it doesn’t deviate from the objective
·          Assign tasks to specific individuals with realistic timeframes – you don’t have to wait until the next meeting to follow up and complete things.

4.            Develop and follow email protocols for all internal email communication

Email has become one of the most relied upon communication tools, yet brokers can drown each other with overuse and poor practices. Peiniger says, “Email is often used poorly in businesses but by teaching people to only send clear emails to those that need it can unclog inboxes quite quickly”. 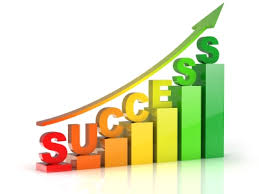 Most brokers are not using the Microsoft Office suite of Word, PowerPoint, Excel and Mail, to their potential. Because of the pace of work, people haven’t taken the time to work out many of the short cuts that save time within these programs. Peiniger suggests a tool like KeyRocket to help, which once installed will passively instruct users on more efficient ways of using day-to-day programs, which in turn saves hours per week.

“None of these ideas are new or sexy, so they often get forgotten. But businesses that apply rigour to these areas have dramatically greater productivity than those that don’t,” added Peiniger.

“I received feedback from a client who said by implementing just the meeting protocols for his team, they were saving 8 hours a week. Can you imagine creating an extra 8 hours a week to focus on core tasks?”