White will become state manager for Victoria/Tasmania in Allianz’ broker & agency – the commercial team of its sales and distribution division. 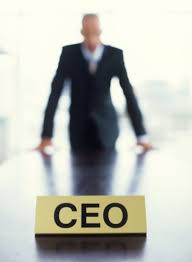 Prior to joining OAMPS, White held a number of senior roles including chief operating officer at iiNet, as well as marketing roles at RAC in Western Australia and Suncorp Metway.
The head of partnerships & marketing at OAMPS, Mark White, has left the company after almost four years to accept a role at Allianz.
Commenting on his latest position, a spokesman for Allianz said: “Mark’s appointment and previous experience further strengthens Allianz’s ability to understand and respond to the unique requirements of small, medium and large intermediaries.”
“Mark has been with OAMPS for three-and-a-half years, and we’ve seen significant improvements in the business thanks to Mark’s leadership,” an OAMPS spokeswoman added. “Mark and his team have developed the right plan and strategy to build on our momentum over the next few years, so I am confident we are well positioned to move the business forward and deliver on our client and shareholder expectations.

“OAMPS would like to thank Mark for the role he has played in shaping the business and providing strong support to our people, and we wish him every success and happiness in the future.”
Posted by Happi Mess at 00:44